The prestigious Mara Family Award, named for the late, legendary New York Football Giants owner Wellington Mara (Fordham College at Rose Hill, Class of 1937) and his family, will be presented to Vinny Porricelli at the Fordham Football Dinner on Monday night, November 6th, at the Yale Club (50 Vanderbilt Ave) in New York City. Distinguished Fordham alumnus Gerard Meagher, long a staunch supporter of the Rams football program, will be honored with the esteemed Walsh Award.

Porricelli worked with Fordham's football players and all student athletes for 35 years, including 18 years as head athletic trainer beginning in 1999, before his retirement in August.

Cocktails begin at 6 p.m, and dinner and the awards program start at 7:00 p.m. For more information and to purchase tickets, contact Ed Kull, Senior Associate Athletic Director, at ekull@fordham.edu or 917-751-9960, or register at forever.fordham.edu/fbdinner.

In 2008, Porricelli was inducted into the Fordham Athletic Hall of Fame. He joined the Fordham training staff in a part-time capacity in 1982 before becoming full-time three years later, took over as head athletic trainer after longtime head trainer Jim Wilson retired in 1999. He is just one of four people to hold the position of head athletic trainer in Fordham history. A 1973 Manhattan College graduate with a Bachelor of Science in Physical Education, Porricelli received his Certificate in Physical Therapy from Columbia University in 1975, and three years later a Masters in Exercise Physiology at the New York City-based school.

The effervescent Meager was sports editor of The Ram, the University’s student newspaper, and graduated with a degree in English in 1974. He earned a master’s degree in advertising management from Northwestern, and has been a familiar face at Fordham football games and events since then. Meagher has been a co-owner of the popular landmark Old Town Bar and Restaurant since 2007, after working as an ad man—with accounts included companies like Heineken and Lysol, while bartending one night a week at the Old Town, which his father, Larry, managed.

About the The Mara Family Award: Given annually to an individual or group who embody the best traits of a Fordham person. Named for the late, great Wellington Mara, Fordham College at Rose Hill, Class of 1937, and his family, it is awarded to those whose dedication to, and conviction for, Fordham Football best represents what the Mara family has meant to Fordham, the NFL, and all the communities they touch.

About The Walsh Award: Given annually to an individual who best exemplifies the support, loyalty and passion for Fordham Football as captured in the spirit of the late, great William D. Walsh, Fordham College at Rose Hill, Class of 1951, whose name can be found on the University Library as well as other areas including the Varsity Weight Room. Those receiving the Walsh Award represent cornerstones to the program who have allowed Fordham Football to continue its proud tradition.


The prestigious Mara Family Award is named for named for the late, legendary New York Football Giants owner Wellington Mara (Fordham College at Rose Hill, Class of 1937) and his family, and is given annually to an individual or group who embody the best traits of a Fordham person. It is awarded to those whose dedication to, and conviction for, Fordham Football best represents what the Mara family has meant to Fordham, the NFL, and all the communities they touch. 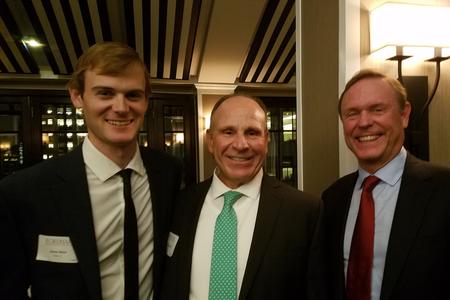 The life of John Andariese unequivocally came full circle on the night of October 30, 2017, appropriately at The Water Club, appropriately receiving an award named for his former coach, mentor and father figure, appropriately from his alma mater, where his “basketball lineage began,” as his friend, the N.B.A. Commissioner Adam Silver, poignantly explained.

Before a joyous group 200 strong – family, friends, alumni and admirers – at the venue that he married his beloved wifeMaureen 26 years ago, the treasured Knicks broadcaster and basketball Hall of Famer was presented with the “Johnny Bach Award” from Fordham University Athletics at the annual basketball Tip-Off Dinner, and what a way to launch a season.

The dozen or so current men’s and women’s basketball players in attendance were given a history lesson on the basketball lineage of their school, too.  It was noted that Andariese was coached by Bach (1956-60), the winningest coach in Rams' history, who also played hoops at Fordham (1943-47), and was coached by none other than the football icon Vince Lombardi, the freshman basketball coach.

It was a night for the ages. And from heaven’s hardwood, the two gentlemen Johns from Fordham in The Bronx by way of Brooklyn, forever intertwined, had to be watching in awe.

“John and Johnny Bach are up there, amazed,” said Maureen. “They were like bookends, the two nicest, most handsome men I’ve ever been around.

“Everything about him was ‘you’re going to win it,’” Maureen continued in her emotional remarks. “His attitude was never give up. Fight, fight, fight. I hope this night brings the Fordham teams significant success.”

Marv cited the qualities that made Johnny Hoops so superb at his chosen craft: “his passion for the game, his ability to break it down, and his sense of humor,” and recalled that his friend would always chuckle when Marv referred to him on the air as the “53rd all-time leading rebounder in Fordham basketball history.”

“Somewhere Johnny Hoops and his one-time coach are taking this all in,” wrapped up Marv.

Commissioner Silver, who was befriended by Andariese during his early years in the N.B.A., recalled the story when they first met: “I was in a room with 25 people from the NBA, and I was the only one that John didn’t know. He made a bee-line over and wanted to know: ‘what’s your name? How did you get your job? What do you do? You have size, do you have game?’ He was curious.”

Commissioner Silver remembered that Andariese would delight in the simplicity of in a great BLT sandwich – “the bacon Adam, the bacon” – and the nattily-dressed broadcaster’s love for fine clothing:

“He was Johnny Hoops, but we called him ‘Johnny Suits,’” laughed Silver. “’Feel this (fabric) Adam.’ If he liked a BLT sandwich, you can imagine how he felt about fabric.”

Andariese had taken Silver to his Manhattan clothier, Edwin, and was now about to take the major step into high-end wardrobe: “I turned over the tag, and was having second thoughts. I told John: ‘I’m not sure I’m ready to pay this much for a suit.’ And he said: ‘you only pass this way just once.’ Enjoy life, you deserve it.”

And so, the eloquent Commissioner, at this Jesuit event, quoted the Quaker missionary Etienne de Grellet, in succinctly capsuling the life of John Andariese, the person: “I shall pass this way but once; any good that I can do or any kindness I can show to any human being; let me do it now. Let me not defer nor neglect it, for I shall not pass this way again.”

For the many whose way John Andariese had passed, his resounding kindness will forever be remembered as the epitome of what it is to be a great Fordham man.

Fellow Fordham alumnus and Brooklynite John Cirillo worked closely with John Andariese during his days as Knicks public relations director from 1984-97, and the two would reminisce with Johnny Bach on his visits to New York with the Chicago Bulls. 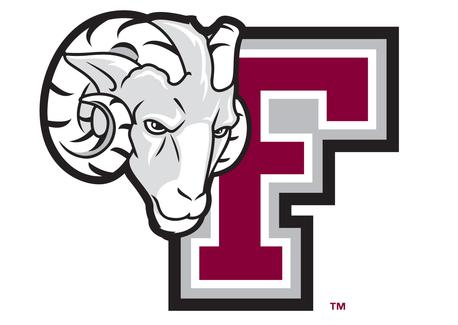 John's wife Maureen, and daughters Amy, Julie, and Emily, will be joined by his broadcast partner for many years, Marv Albert, in accepting the award, which pays homage to the illustrious Fordham player and coach who later went on to a distinguished career in the N.B.A. Adam Silver, the Commissioner of the National Basketball Association and a close friend of Andariese, will be a special guest speaker reflecting on Andariese’s career.  Bach's widow, Mary, will be in attendance for the ceremony.

The 2017 Men's Basketball Tip-off Dinner will also celebrate the Frank McLaughlin Family Basketball Court Project, which will be dedicated next year, and offer previews of the men's and women's basketball seasons from head coaches Jeff Neubauer and Stephanie Gaitley.

Andariese starred at Fordham under Bach's tutelage from 1956 to 1960, appearing in two National Invitational Tournaments as an All-City player, and serving as team captain in his senior season at Rose Hill. The two remained close friends for six decades.

Andariese began a career as color analyst on Knicks broadcasts that spanned four decades during the 1972-1973 season on radio, teaming with Marv Albert, who became a longtime partner. He returned for the 1976-1977 season, and again from 1982–1986. Andariese moved to television from 1986-1998, serving as analyst on MSG Network television broadcasts. Andariese returned to radio in 1999 when he was reunited with Albert, and continued through the 2012 campaign before retiring. Along with Albert, Andariese teamed with several play-by-play broadcasters including Mike Breen, Gus Johnson, Spero Dedes and Mike Crispino.

Andariese also was an NBA analyst on Turner Sports and ESPN, and college basketball analyst for NBC Sports. He hosted NBA Legends with Johnny Hoops on NBA TV. He was the founder and Chief Executive Officer of TVi Media, the Manhattan-based advertising sales company.