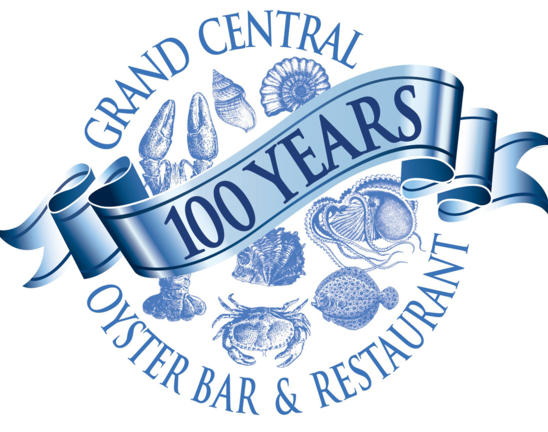 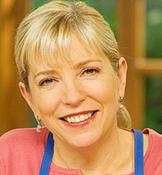 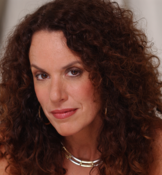 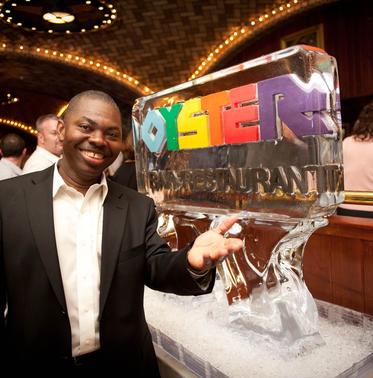 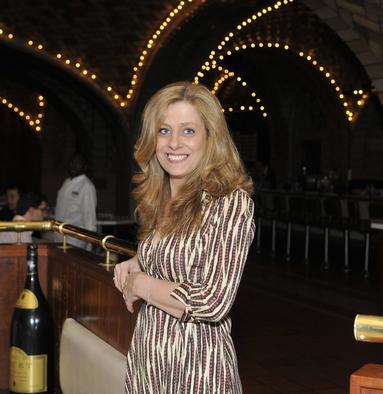 For Janet Poccia, a “fluke” meeting in 1990 ultimately turned into the dream job as Grand Central Oyster Bar President and CFO. 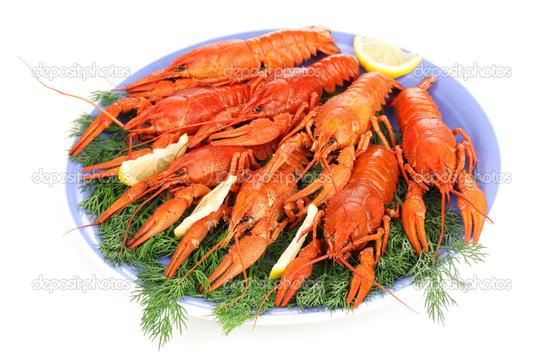 Brooklyn, NY, April 10—Brooklyn becomes the Bayou every Wednesday night, when the Grand Central Oyster Bar Brooklyn brings delectable, Cajun Crawfish from Louisiana to Park Slope. The traditional “Crawfish Boil” entrée, prepared in beer and old bay, and served with potatoes and corn, is priced at $18.95 and $34.95 for two.

​Long Island’s K & B Seafood is working with fishermen in the Bayou to send the live crawfish to New York City’s Borough of Kings, where the unique and popular crustacean will be prepared to perfection.

​The “Traditional Crawfish Boil will bring the Big Easy to Brooklyn,” says co-owner Jonathan Young. “It is a delicious and fun eating experience, and we are glad we can bring the Bayou to our Park Slope patrons.”

The crawfish boil is served spread on the table over newspapers to be devoured in messy and wild fashion by devotees of the delicacy.
​Says K & B’s Tom Kehoe: “The Crawfish harvest has begun in Louisiana and K & B Seafood is once again working with fishermen in the Bayou to send live crawfish to NYC.  ‘Le Capitale Mondiale des Ecrevisses,’ [the Crawfish Capital of the World] could easily be conferred on Grand Central Oyster Bar Brooklyn as the seafood restaurant holds its weekly Crawfish ‘Festival’ throughout the spring season. Crawfish Etouffee, Crawfish Jambalaya, Crawfish Bisque and Crawfish Boil – the very sound of these wonderful dishes bring us thoughts of New Orleans, Mardi Gras and great food.”
​About the Grand Central Oyster Bar Brooklyn: The much-anticipated opening of the Grand Central Oyster Bar Brooklyn came to fruition when the Park Slope eatery officially opened its doors on December 18, 2013, paying homage to the century-old, New York City seafood restaurant but with a Brooklyn flair. The iconic franchise adds another piece of history to the Borough of Kings which already includes the iconic Brooklyn Bridge, The Cyclone, Prospect Park and the Botanical Garden. Franchise owners Jonathan Young,a longtime Brooklyn resident, and Bruce Fox launched the 254-256 Fifth Avenue location featuring a 5,000-square foot space, (which previously housed Fornino) an open kitchen, retail market, bar and lounge area,  and main dining room with 150 seats. The menu includes traditional Oyster Bar core recipes such as classic pan roasts, stews and chowders, with a focus on shellfish: from oysters and clams to lobster, crab and shrimp. Sixteen varieties of oysters - 8 from both the east and west coasts - will be on the menu. In addition, pasta seafood specials will be served daily. The accent will also be on local produce from area farmers’ markets.  Grand Central Oyster Bar Brooklyn is open seven days a week for lunch and dinner, and brunch on Sundays. For more information visit www.oysterbarbrooklyn.com, call 347-294-0596 or emailinfo@oysterbarbrooklyn.com.  About the Retail Market: Adding to the fanfare, home chefs will be able to purchase the freshest shellfish and seafood on a daily basis, seven days a week, offering a selection of shellfish including oysters, mussels and clams.  There will also be a lobster tank for crustacean lovers, and a wide-variety of fresh fish selections, all delivered daily.
​About K & B Seafood: K & B Seafood was founded in 1992 on Long Island in New York State, U.S.A. Ideally situated to deliver fresh seafood around the world, K & B receives fresh product directly from local baymen and fishermen, as well as from the U.S., Canada, and Mexico. Visit www.kandbseafood.com/oysters for more information.
​Located in close proximity to the Fulton Fish Market and JFK International airport, K & B is able to deliver fresh and frozen seafood within hours by refrigerated truck or air carrier. Local, domestic, and international customers are served the finest seafood on time.  K & B’s two principals bring over 50 years of expertise to our seafood procurement, production, and distribution. With close associations with seafood providers across the county and worldwide, it delivers top quality products consistently.
​​K & B Seafood is a licensed Shucker and Packer on the USFDA Interstate Shellfish Shippers list, a USDC Approved Fisheries Establishment, an approved EU (European Union) Seafood Shipper, and is licensed by the Russian Veterinary Service Rosselkhoznadzor to export fish and seafood to the Russian Federation.
Contact: John Cirillo, johnnycigarpr@aol.com, 914-260-7436
​

​"The Grand Central Oyster Bar's Brooklyn retail market location is growing increasingly popular every day," says executive chef Jason Korz. "Our Park Slope neighbors are reeling in the freshest catch of the day.  It's is my pleasure to share preparation suggestions while getting to know our friendly customers.”

Brooklyn, NY, March 14—“Monday, Monday, so good to me,” so goes the time-honored song by the Mamas and the Papas. And so, Jonathan Young and Bruce Fox, owners of the Grand Central Oyster Bar Brooklyn, will steal a page from the legendary band’s song book every Monday, when the Park Slope eatery located at 254-256 Fifth Avenue offers half price wine by the bottle from its extensive wine list with the purchase of two entrees. Patrons will be singing about the good times on Mondays, indeed. 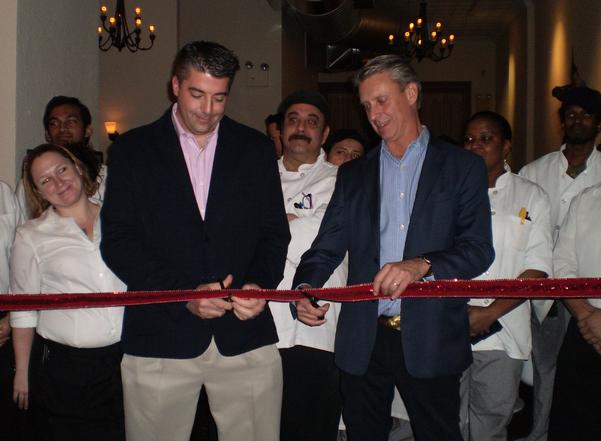 Grand Central Oyster Bar Brooklyn owners Bruce Fox (left) and Jonathan Young, getting the assist from their staff,  make it official, cutting the ribbon for the brand new Park Slope seafood eatery on January 9, 2014. A delighted crow of over 100 area business leaders attended the Grand, Grand opening party at the 254-256 Fifth Avenue location, enjoying a taste of the Oyster Bar and its beautiful décor.
Photo provided by Cirillo World/Diego Isio

The Grand Central Oyster Bar (Lower Level, Grand Central Terminal) will be serving an a la carte “Feast of The Seven Fishes” menu for lunch and dinner all day on Tuesday, December 24, for Christmas Eve. The menu is presented by Executive Chef Sandy Ingber with wine pairings to accompany each course by General Manager Kevin Faerkin.  The Oyster Bar, wrapping up its Centennial celebration in 2013, is open for lunch beginning at 11:30 AM, and the final reservation for dinner is at 9:30 PM. For reservations call 212-490-6650, and for more information visit www.oysterbarny.com. “The Feast of the Seven Fishes is one of my personal favorites,” says Ingber, “because of the variety of ‘frutte de mare’ you can prepare for the celebration, and the fact that you are sharing bountiful food for family and friends during the holiday season.”

It’s an all-day Frenzy! Sixteen varieties of oysters – eight each from the East and West coasts – and six championship wines will headline the menu, and the top professional oyster shuckers on the planet will highlight the competition at the 11th Annual “Grand Central Oyster Frenzy” presented by Blue Island Oyster Farms on Saturday,September 28 - at the Grand Central Oyster Bar (lower level, Grand Central Terminal) in New York City from 12:00 noon to 5:00 pm.  The Oyster Bar’s executive chef Sandy Ingber (a.k.a. Bishop of Bivalves) and general manager Kevin Faerkin will host.

Six-time champion Luis “The Mexican Menace” Iglesius will try for a seventh title (after being dethroned last year) at the Oyster Frenzy’s Professional Shucking Championships sponsored by Blue Island Oyster Farms. Top competitors will vie for total prize money of $4,500.

The public will compete in the SLURP OFF COMPETITIVE EATING COMPETITION (whoever slurps 12 oysters in the fastest time) and BEER SHUCKING CHAMPIONSHIPS sponsored by Blue Point Brewing Company.

In any discussion of New York City landmark restaurants, the Grand Central Oyster Bar & Restaurant stands in a class by itself. From its unique position in the Terminal’s lower level, with the famous “Whispering Gallery” at its entrance, waiters have been serving up platters of the freshest seafood for a century. On the occasion of its 100th anniversary, Executive Chef Sandy Ingber is celebrating the magnificent history of this iconic restaurant in The Grand Central Oyster Bar & Restaurant Cookbook (Stewart, Tabori & Chang; October 15, 2013; $35.00; ISBN: 978-1-61769-061-7).

Here are more than 100 of the restaurant’s classic recipes—some dating back to its opening in 1913—along with behind-the-scenes stories, historical anecdotes, and a wealth of expert information on buying, cooking, and serving fish. An ocean’s worth of delicious eating is provided: from raw bar and seafood buffet favorites, to stews and chowders, to fish dishes fried, broiled, and grilled. Featured throughout are vintage images and ephemera, along with sumptuous food photography. Part history, part souvenir, The Grand Central Oyster Bar & Restaurant Cookbook is a must-have for visitors and New Yorkers alike.

Get Your Fresh Fish Here in Park Slope!!!

Brooklyn, NY, October 29—The Grand Central Oyster Bar Brooklyn will open in Park Slope next month with added fanfare as its owners announced today that the 254 Fifth Avenue location will include a retail fish market at the site. Now, home chefs will be able to purchase the freshest shellfish and seafood on a daily basis, seven days  a week.

Franchise owners Jonathan Young, a longtime Brooklyn resident, and Bruce Fox report that the market will offer a selection of shellfish including oysters, mussels and clams.  There will also be a lobster tank for crustacean lovers, and a wide-variety of fresh fish selections, all delivered daily.

"We only buy the freshest seafood product available, and because of our commitment to freshness, the menu will change daily,” say Young and Fox. “All items on the menu will also be the product sold in our market.  Our fresh seafood market will fill a void in the community.”

Seasonal specialties such as stone crabs and bay scallops will also be on display and available for purchase.  OBB’s staff will give customers cooking preparation tips upon purchasing any product, so the consumer can become executive chef at home.

The 20-foot seafood market and display will be housed in front of the open kitchen. The three-building space will also include a bar and lounge area, as well as a main dining room within the 5,000-square foot space.