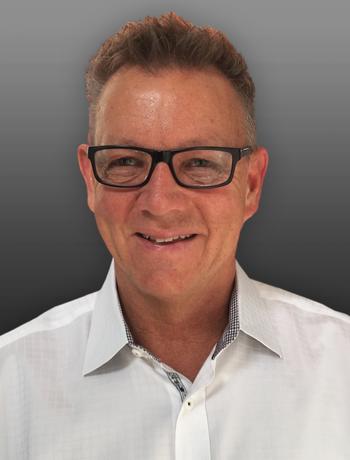 “Chuck’s 35 years of clubhouse expertise is a priceless addition to the Marucci team,” said Kurt Ainsworth, Marucci co-founder and CEO. “Chuck has a unique understanding of this industry, its evolution, and the challenges ahead and we are excited to have him continue building our brand in the Big Leagues.”

The hiring of Schupp, who retired from Louisville Slugger in 2014, comes in the wake of the recently announced sale of Louisville Slugger to Wilson Sporting Goods Co. Over the past few years, Marucci Sports has matched and surpassed all of its competitors as the baseball bat of choice among Big League players. Over one-third of Big Leaguers swing Marucci and the company is still majority owned by current and former Big Leaguers, including Jose Bautista, who is on the Marucci Sports Board of Directors, and Player Advisory Board Members David Ortiz, Chase Utley, Albert Pujols, and Andrew McCutchen.

Schupp, 60, joined Louisville Slugger in 1979 and has spent the last 30 years traveling to stadiums across the country to connect with veterans and rookies alike at all levels of professional baseball, building relationships and providing them with product. Big Leaguers view Schupp as the unparalleled expert in the bat industry and the go-to guy for their individual needs. His relationships in the sport extend to all levels of professional baseball and include managers, coaches and front office staff throughout.

“I admire Marucci’s rise to #1 in such a short time. Marucci has not only grown to its dominant position in the Big Leagues, but continues to grow by setting the gold standard of quality,” said Schupp. “I am looking forward to being back in the clubhouses with Marucci, renewing old relationships, gaining some new ones and strengthening Marucci’s already stellar Big League relations.”

About Chuck Schupp
Schupp played baseball at the University of Louisville first as a walk-on and later earning a scholarship as a pitcher. He went on to play professionally but shifted gears quickly and used his Louisville business degree to land a job with Hillerich & Bradsby, owner of the Louisville Slugger brand. As a Louisville native, it was a dream job for Schupp and he stayed for over three decades, becoming the face of the 131-year-old company. Married and father of three adult children, Schupp will operate out of his Louisville home and at the Marucci Sports headquarters in Baton Rouge, La., while traveling to baseball clubhouses across the country.

About Marucci Sports
Based in Baton Rouge, Marucci was founded by two former Major Leaguers and their athletic trainer who began handcrafting bats from their garage. Fast forward 10 years and that dedication to quality and understanding of players’ needs has turned the company into an All-American success story with Marucci being the number one bat in the Big Leagues. Today, Marucci makes wood and aluminum bats, batting gloves, protective gear, and other baseball and softball accessories. Star players like Albert Pujols, Chase Utley, David Ortiz, Jose Bautista and Andrew McCutchen invest their hard-earned money and time to advise Marucci on product design and test its products.